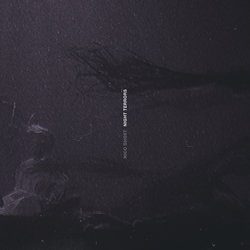 Nico Ghost is coming for his souls…and he will collect. A new force in what has been dubbed the 'new wave' of Australian hip hop, this Melbourne MC is leading the charge with the likes of Allday and Ivan Ooze, taking the genre forward in new and creative ways and expanding hip hop audiences across the country.

Out of the dark depths of the Melbourne scene, Nico Ghost emerged in July of 2015 to stake his claim with his debut EP offering ’Kaishi’. Making a serious impact, the record resulted in a slot at the coveted Beyond the Valley Festival and culminated in an invitation to support US legends Wu-Tang Clan in an epic tour which wound up last week.

Without missing a beat, his new single ‘Night Terrors’ has dropped just in time for listeners to get acquainted with his unique sound ahead of his national support of G-Eazy this week around the country.

The track is a journey into the process of his art. A sense of catharisis is released across this dark and brooding piece whilst till offering a warmth through his tonality and flow.


Night Terrors is a story of how Nico handled the night. He created as he knew there were other people who felt the same that him. At some point he became the night terror and after that he wasn't afraid of anything. This is the first part of his story.