Nick Batterham - Is This What You Meant? 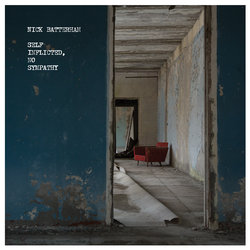 Self Inflicted, No Sympathy is the brand new album by Melbourne singer-songwriter Nick Batterham.

This is Nick's fourth solo album in less than 5 years, his third in 3 years. Returning to the themes of 2013's Closing Time At Yah Yah's, this album is packed full of sixteen intimate songs, sparsely arranged with acoustic guitar, piano and strings.

Self Inflicted, No Sympathy is another high water mark in the long career of the former Blindside, Earthmen and Cordrazine member. Batterham recorded this album himself from November 2014 to March 2015, with guest appearances by Jane Hendry (Broads, Nymphs, Tiger And Me) on violin and Gareth Skinner (bZARK, The Holy Sea) on cello.

With the world-weariness of Elliott Smith or Nick Drake, Batterham’s plaintive vocals express raw emotions that take us deep inside late night lives falling apart. This territory is covered with care for subtlety and beauty. For the most part Batterham is softly spoken and close. Lyrically, the songs are brooding, with self-awareness delivered with minimal embellishment. Even when most bleak, there is hope and joy. The songs are short and melodic, but beware what you sing along to as there are some shadowy elements at play here.


Living beneath someone else's dark clouds. Like much of the album, this song features strings by Jane Hendry and Gareth Skinner.

Other tracks by Nick Batterham: Dead End  -  All The Hearts You Break
%