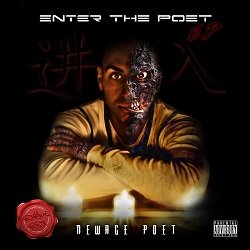 In 2009 NewAge Poet, launched his poetic career with his first written title releasing his first book, "Emotions of A NewAge Poet". Quickly noticed for his work, NAP has featured in numerous media verticals, such as newspapers and radio. Some of his achievements so far have been, working closely with youth tackling such issues as Bullying, Drugs and Alcohol.

In 2010 NAP was a state Finalist in the Australia's most prestigious poetry competition, The Australian Poetry Slam. Currently working on his second book and his debut EP album, the future looks exciting for one of Australia's most controversial artists.


An incredibly controversial track from the title to the date it was released Australia Day. The track delves into the undertones of Racism in Australia. A very confronting yet powerful track with Lyrics carefully and cleverly presented.

Other tracks by NewAge Poet: No Labelz  -  Leader 2K