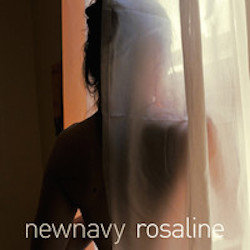 The three-piece have come a long way since releasing their debut EP, Uluwatu in 2011 through Future Classic. Their debut, 'Zimbabwe' was Triple J’s 5th most played track of the year, reaching #67 in the iconic Triple J Hottest 100, and has since garnered over 1 million plays on Spotify. The outfit went on to share stages with the likes of Metronomy as well as playing a headline show to a sold out 1500 capacity Metro theatre.

Speedily gaining international attention, the single was released on the French trend label Kitsune Maison's compilation 12' & generated radio rotation across Europe, the US and UK. With a rework from producer/all round whiz kid Flume, New Navy were fast-becoming the talk of the proverbial town.

It’s been a busy year in 2014 for New Navy who have made a comeback with the early lauded single Heaven, plus signed to booking agents Select Music locally and Windish Agency internationally.


Rosaline is the twisted love song dedication everybody has been waiting for from this silken-laden, pop-making Sydney outfit. “Rosaline is about that moment when you decide to hold onto something or let it go and its power to dictate fate.”