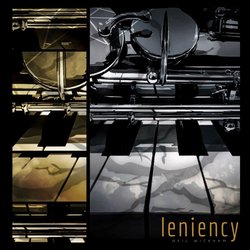 Brisbane-based saxophonist, multi-instrumentalist and composer, Neil Wickham, has been playing writing and performing professionally for over 30 years. He has performed alongside leading Brisbane, interstate and international artists and vocalists including ARIA Award winners and a Grammy Award winner. Neil has toured extensively throughout Australia and Asia as a performer, and visited the USA, Greece and Italy as an educator. He was largely self-taught and commenced playing in his father's old time dance hall bands from the age of 10, but went on to study jazz and contemporary music at the Queensland Conservatorium of Music. Since then, he has shared the stage with artists including the Queensland Symphony and Philharmonic Orchestras, ARIA Award winners including Glenn Shorrock and Dale Barlow, and international artists including Jon Hammond, Graham Fenton and Keith Urban. Neil currently performs in and around south-east Queensland both as a freelance musician, and a member of groups including Big Kitty, the Brisbane Contemporary Jazz Orchestra and the Josh Boyd Band.


Kingdom is a driving Latin-jazz piece, featuring an hypnotic bass figure and a bebop-inspired melody, played on saxophone, flugelhorn and flute. The soloists perform around the delicate chord changes, with the acoustic guitar and percussion build to a dramatic climax before the melody re-enters.

Other tracks by Neil Wickham: Kitty's Theme  -  Much More Than This
%