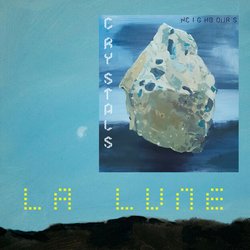 Neighbours are an effervescent 4 piece out of Sydney’s Inner West known for their feverish live shows.

Their debut EP was dubbed as “one of the best punk debuts I stumbled on in 2018” by Laundry Echo.

Their title track 'Bubble' was the 15th most played song on Sydney’s FBI radio in 2018.

Neighbours serpentine sound zig zags from serious to comic, from naive to fierce and from 1983 to 2020 all in the space of one song. 2019 saw the release of the bands first video clip for 'Soap' and two more single releases, 'Steady' & '5'. Neighbours are kicking 2020 off with the double release of 'Crystals' and 'La Lune'.


La Lune is a song about walking home alone late at night, as a woman.

La Lune inverses the old tale of the mans face in the moon and re-imagines ‘La Lune’ as a woman.


Other tracks by Neighbours: Crystals
%