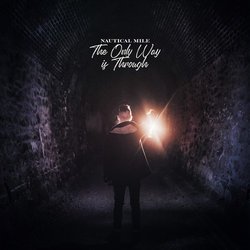 Nautical Mile formed in late 2015, releasing their first self-titled EP at the beginning of 2016. Following this, the second EP, 'Playing For Keeps', was brought to life in 2017 and reinforced the bands foot in the pop-punk scene. Preceding "Wake Up" from the album were singles "Regicide", "Marionette" and "Shattered". "Regicide" was welcomed into the world late last year, raking in over 95,000 streams on Spotify since. "Marionette" was premiered exclusively on Triple J's Short. Fast. Loud. before official release, which brought additions to Spotify editorial playlists 'Pop Punk's Not Dead' and 'New Punk Tracks' and snatched up AU Review's 'Track Of The Day' shortly after. Between releases, the boys energetic live show has led to Nautical Mile sharing the stage with the likes of Trophy Eyes, Hellions, Hawthorne Heights and The Decline to name just a few.


"Wake Up" is the most upbeat track on the album. Lyrically the track reflects on the excitement of new relationships and the seemingly endless possibilities that arise. Guitarist Dan explains "we wanted to capture the essence of the early 2000's pop-punk that we all grew up with and have some fun with the track, making it jumpy and energetic."