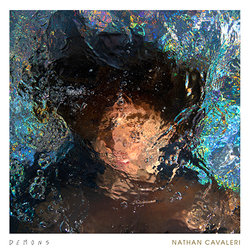 Many were oblivious to the career Nathan Cavaleri lead beyond prime time Australia. By age 12, he found himself the centre of a bidding war between the labels of Michael Jackson, Prince and Madonna. By age 16, he’d toured with B.B. King and played at the Kennedy Centre in front of The Clintons with Etta James and Bonnie Raitt. All after winning his battle with Leukaemia. Whether it was signing a CD for Jimmy Page, or being called “The Bomb” by Dr Dre, Nathan viewed the world just as any kid would, with childish naivety. It’s only now that he has experienced the depths of adulthood adversities, is he reflecting on his past accomplishments in awe as if it was lived by another. Evident in his blog.
In 2010, Nathan’s struggle with insomnia and anxiety drove him away from his art for 4 years with the expectation of never returning. It was during this period of personal confrontation that he stumbled upon the same cathartic connection with music that he had when battling Leukaemia at 7. His upcoming record is the result of this period.


"Demons" is an extension from the blues roots we know Nathan to play. Produced by Tony Buchen (Montaigne, The Preatures). ‘Demons’ which in his words, “captures what I felt when comparing the invincible self of the past to the fragile and lost self I had become and the beautiful realisations that can come from anguish”