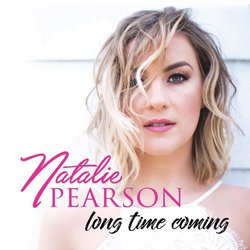 She recently returned from performing at the Tamworth Country Music Festival 2017, where she introduced listeners to tracks off her recently released record ‘Long Time Coming’, which debuted at #2 on the Australian Country iTunes Chart, behind Little Big Town​ and ahead of Christie Lamb​. The record also hit #33 on the overall Aussie iTunes Chart.

The first single off the 7 track EP, received the award for "Best Country" in the 2016 MusicOz Australian Independent Music Awards, which she performed on the main stage of the Enmore Theatre in October 2016 for the sold out red carpet event.
She also received a Top 5 nomination in both the Video and Female Artist of the Year categories.

‘Chance at Love’ ranked #4 on the AMRAP Regional Charts shortly after release, and is receiving airplay on KIX Country Network and Foxtel’s Country Music Channel.
Natalie was voted WA's RAW: Musician of the Year in 2015, opened for Jessica Mauboy and Nathaniel at their Perth show, and support Tex Perkins and Mental as Anything on their WA tours in 2016 with Jason Ayres. She also played in the foyer at Perth Arena as the pre-show entertainment at the Dixie Chicks Concert 2017.


"Strangers" is about a relationship drifting apart. Passing ships in the night. Eventually, you have no idea who this person is anymore that you live with.