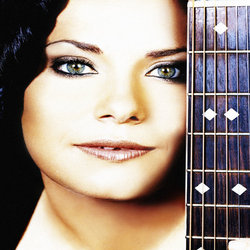 Nancy Bates is a Barkindji woman from Far Western New South Wales who is fast becoming part of the national Aboriginal music community having completed a season as a member of Archie Roach's 'Into the Bloodstream Gospel Choir'.

2013 has seen many highlights including securing a top 10 placement in the APRA Awards in the Indigenous songwriter category, (the only SA Indigenous songwriter) and recording of her original material with Archie's producer Craig Pilkington, a producer who has worked with Gurrumul Yunupingu, Kutcha Edwards, Dan Sultan, Paul Kelly....the list goes on. Lead guitarist on the album was SA born but VIC based talent Robert Champion, guitar virtuoso.

Nancy has received wide exposure in 2013 with her track ‘Old Black Woman’ chosen to air on Qantas radio for 3 months. Furthermore an interview and live performance with the ABC’s Radio National’s AWAYE program earned her sound praises from the show’s producer Daniel Browning.


Take You Home is both acoustically warm, and lyrically deep, with plenty of light and shade to take the listener on an emotional journey. Mature, and subtly sensual, this track is quite simply ......special.

Other tracks by Nancy Bates: Distance Between Us  -  Til the Morning Light
%