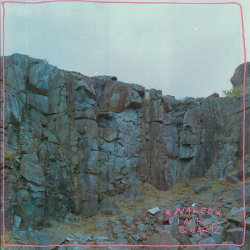 Naked is a noisy three-piece experimental punk band based in Hobart, Tasmania. Originally started as a one-man bedroom recording project by Kieran Sullivan in 2010 it has grown over the years and has featured drummers Will Mann (Treehouse) and Sam Harrison (Phat Meegz), with the current lineup settled on Sullivan, Jordan Marson (Paint Your Golden Face) and Robert Fisher (myblackson).

Naked has released several self-recorded digital albums and EPs, as well as a cassette through Rough Skies Records and a split seven-inch with Newcastle punks Lenin Lennon through Wrong Place and Y202 Records.

They've been lucky enough to share the stage with such quality Australian acts as Regurgitator, Dick Diver, The UV Race, Per Purpose, Baseball, Spinning Rooms, King Gizzard and The Lizard Wizard, East Brunswick All Girls Choir and countless others.

Show highlights include New Zealand's Camp A Low Hum festival in 2013 and an east-coast tour in 2014 taking in Melbourne, Canberra, Sydney, Newcastle and Brisbane.

Other tracks by Naked: Sprinters of The World Unite  -  Critical Half-Arsed
%