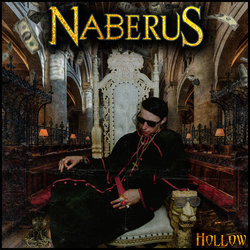 Hailing from Melbourne Australia, Naberus are a five-piece metal band heavily influenced by melodic death, and thrash metal. After forming in 2009, the band released their demo ‘Ruins of Society’ (2010), which showcased their ability to blend aggression, melody and groove. The demo captivated listeners worldwide, reaching #4 in the mp3.com metal charts. The band quickly drew the attention of producer Ermin Hamidovic (Architects, Periphery, Devin Townsend) who recorded the band’s next EP release entitled The Fallen (2011) at his studio Systematic Productions. Over the next two years, the band played many shows throughout Australia, including festivals such as the prestigious Sonic Forge (2011 & 2012), and Atmoshphere. The band performed alongside Soilwork in 2015, and continued to develop a following online.


About James' father and his battle with dementia. He would often tell his mother that she reminded him a lot of his wife and how much he loved her, when he was speaking to his wife even though he had no idea. Written perspective if James was his dad.

Other tracks by Naberus: Hollow
%