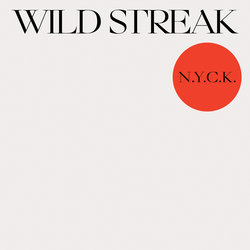 The track opens with a snippet of a conversation recorded on Nick’s phone at Merimbula Surf Club, just moments before the nightly meat raffle was drawn.

“This old bloke sat us down and was just talking about the greyhounds and horses,” he says, laughing. “I find Australiana very comforting.” The trip ended up being a turning point in Nick’s quest to move on. “I remember my brothers on that trip saying, ‘Mate, just get your sh*t together. Get over it. Let’s move on to simpler things, let’s work hard and have a good attitude. Let’s turn things around.’ The album does have this positive curve to it, I think.”

After penning the basis of the track, Nick worked it up with Dom (Dominique Garrard) before playing it for electronic/soul artist St. South (Olivia Gavranich) who fell in love with the track immediately. “She suggested a chorus and wrote such a beautiful part that contrasted so wonderfully, says Nick. “Not tied together, but a story that dovetailed in beautifully.”

‘Threes (feat. St. South)’ follows stunning previous singles ‘I’ll Be The One’, ‘LXE’, ‘Wild Streak’ and ‘Alive’, and is the final song to drop before they release their debut record Wild Streak.

Arguably the most upbeat track on the album, ‘Threes’ was written when one half of N.Y.C.K., Nick Acquroff, was driving up the east coast of Australia with his brothers over a typically Australian Christmas break