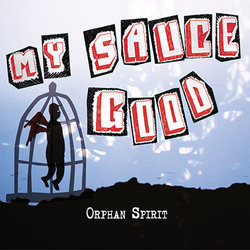 My Sauce Good (MSG) are a hot guitar, drums and vocal driven Sydney group that play a cool and sexy mix of alternative world-music, bouncy bohemian-rock and soulfully jazzy torch-song-noir ballads. Rumour has it that the founding members met at a night of Russian Roulette and survived to play music together, but that’s only part of their story.
Singer Laura Brozky brings an international flavour to the group with a compelling cabaret presence and beautiful voice, with songs in French, Spanish and English. Co-founding guitarist/songwriter Dirk Kruithof (a.k.a. Dutch Decay) and Brozky work with kick ass local musicians to create a sound that is warm and familiar without being retro. They play songs and sounds with influences from around the world, rather than dreary world-muzak.
Over the last few years the band have played around Australia (Venue 505, The Basement, Camelot, Sydney Opera House Utzon Room, Open studio, The Front, Vanguard) and toured Europe (Germany, Holland, France, Corsica, Italy, UK and Ireland) to enthusiastic festival and venue crowds who love My Sauce Good’s jazzy continental style. The band is proud to launch their new EP and beautifully animated video clip Orphan Spirit.


‘Walk-A-Mile-Blues’ is a soulful traveller’s blues ballad with a cinematic road-movie / Tom Waits feel that was inspired by the band’s tour of Europe.

Other tracks by My Sauce Good: Orphan Spirit  -  Wake The World
%