Must Volkoff - Raining In The Hood ft. Mongo 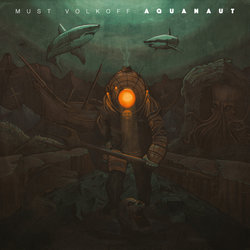 Releasing music independently since 2003, Must Volkoff is a co-founder of seminal Melbourne based Hip Hop label Pang Productions and one half of the duo Mata & Must. Must has produced for a multitude of Australian MC’s including Trem One, Ciecmate, Bias B, Mantra, Flu, Lazy Grey and Kings Konekted, as well as international artists including Chester P, Farma G, Sonnyjim, Jehst, Ramson Badbonez, Louis Logic, Has-Lo & One-Be Lo. His 2013 production album 'White Russian' was dubbed an underground classic, ranking in Triple J’s annual Top Ten Hip Hop Albums, receiving a nomination in The Age Music Victoria Awards and gaining attention around the globe. Released in 2017, 'Aquanaut' is Must Volkoff's second production album featuring 25 of the most prolific Hip Hop artists from Australian and the UK.