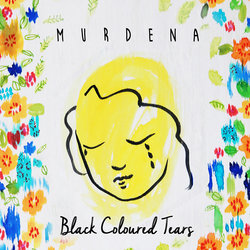 Growing up in and around Geelong, Annie and Hugh always had affection towards music and can’t remember a time when they weren’t humming along, strumming, or whacking something to create songs together. That was solidified when they moved to Melbourne to be closer to the action and start putting a band together.

Melbourne has been good to the band having sold out two EP launch shows and taking honours at Tamworth’s battle of the bands in 2013.

In 2015 an opportunity came up to go to Paradise in Tasmania and work with engineer Bart Thomas. Bart’s studio is quite unique. It’s a log cabin turned recording studio, 100% off the grid in Tasmania’s lush bushland. In just 8 days the band had tracked an album completely live, capturing the organic nature of Murdena.

The first single off the ten-track album is called “Black Coloured Tears” and is out on May 20 with the album poised for release later in 2016.


"Black Coloured Tears" is the first single from a debut album due out later in 2016. A little bit of country, a little bit of blues, this is self confessed "Australiana take on Americana".