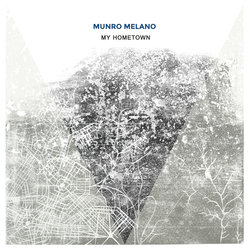 Melano originally wrote ‘My Hometown’ for nu-grass band Mustered Courage. Last year, their version went on to become a stand out track on their 2 x Golden Guitar nominated album, Powerlines. This year, Melano has revisited the tune with his own take. Recorded at a mix of Melbourne studios, home studios, and a beach bungalow on the NSW coast, Munro layered his signature mix of acoustic instruments and synthesizers.

From 1959, a young Leon Isackson played the drums in Sydney Rock’n’Roll bands Dig Richards and the R’Jays, and then, Rajahs. For six years he recorded 8mm road movies of his life on tour. The music video to ‘My Hometown’, composed entirely of those films is a classic look into what it was like for a young, adventurous Australian band in the 60’s. The video draws upon over six hours of footage that Leon deposited with the National Film and Sound Archive.


Melano originally wrote 'My Hometown' for nu-grass band Mustered Courage and has now revisited the tune with his own signature mix of acoustic instruments and synthesizers.

The fantastic video, made from old tour footage from the 60's, is a love letter to Australian musicians on the road, past and present.