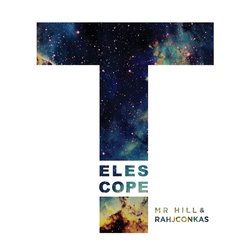 A mutual respect for each other’s style was already apparent and it wasn’t long after exchanging a few songs they knew they had something special.

As an official duo they began writing music for their first first album 'The Feedback'. The first single “Warning Signs” instantly attracted the attention of the Australian Hip Hop community receiving high praises from genre heavyweights such as Drapht and The Funkoars.

They created a demo of original songs and received a nation wide distribution deal from Australian Hip Hop icon “Obese Records”.
Their hard work began and only 5 months later released their debut LP which hosts a strong support from some of Australian Hip Hop’s most established artists such as:

Now working on their new album and the new single Telescope set to release on the 18th of February Australia are about to get to know the duo a whole lot more.


Mr Hill & Rahjconkas newest offering showing a new direction to what is the norm of Aus Hip Hop.