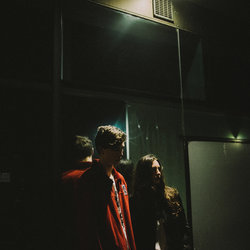 At just 14 years of age, singer and guitarist, Naomi Robinson put up flyers around her neighbourhood in Perth looking for bandmates, which led her to meet drummer Conor Barton from a nearby school.

Naming themselves after a Harrison Ford film and taking musical influence from the likes of Jimi Hendrix and the Yeah Yeah Yeahs, they’ve been jamming together for three years in their parent’s basement, making sun-bleached, guitar-driven pop as Mosquito Coast.

In early 2015, Naomi and Conor took a trip to Sydney to record Call My Name at REC Studios in Sydney with producer Carl Fox. Triple J describes it as: “an uncomplicated song with instant nostalgia, feeling both warmly familiar and brand new at the same time.”

The single is available in digital format via iTunes, Google Play and JB Hi-Fi.

Keep your ears tuned into Mosquito Coast over the coming 12 months with plenty more to come – just as soon as Naomi & Conor finish high school!


“There's so much to love about this. So unselfconsciously cool.” Richard Kingsmill, Triple J

“With the kind of instantly accessible, Best Coast-like sound they have on the track… there’s no question that the potential for this duo is big.” hillydilly