Morgan Bain - Why Don't You Stay 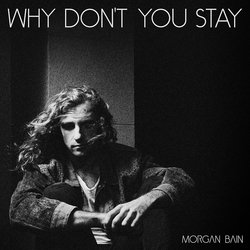 Multi award winning songwriter, performer and vocalist who showcases his skills in a fusion of style that is unmistakably his own with a mix of Soul, Blues and Rock. The multi-instrumentalist who at just twenty years of age is blowing audiences away with his talent already has released 3 EP's, each one of them with award winning tracks on board.

His last upbeat soul influenced single “In the Middle” from his current EP spent weeks in the Amrap/AirIt Top 10 Regional Charts and was co-written with Joel Quartermain, (Eskimo Joe) proving Bain's musical diversity and continuing to boost his fan base. The track has recently gone on to make the finals of the US John Lennon Songwriting Competition.
The charismatic front man known for his incredible vocals is forging ahead with his band and their stellar live performances are talked about long after they leave the stage.

Recently launching a music video for new single “Why Don’t You Stay”, self-described as an ‘alternative moody soul’ sound, 2015 is shaping up to be huge with him hitting the road with his band for a National Tour in April/May after opening main stage at the prestigious West Coast Blues’N’Roots Festival.


An emotive, moody, alternative soul track with soaring vocals, a great build and a catchy hook. It will grab your attention from the very first listen and you'll want to hear it again!