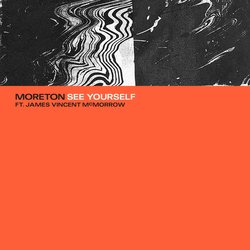 Sprung from lives lived a long way from the big cities, on their second EP, The Dog Years, the northern NSW-based group couch those sombre emotions in songs that swing from a love of alternative art rock and its charged atmospheres into more intimate and orchestral moments.

A record made by four friends – alongside Georgia are Myka on drums, Travis on guitar, and Lee on bass and keyboards – whose contributions are singular but whose results are collective, connected and unique.

“We all have really creative ways that we use our instruments and we listen to each other really deeply,” says Georgia. “And that’s part of why it’s got its own sound, we keep our own ways of playing while answering to what the song is asking for.”

As shown by the stunning reaction of audiences at Splendour In The Grass last year, their sold out headline shows, and the support of Irish star James Vincent McMorrow, who not only took the band on tour but sings on the EP’s powerful duet, See Yourself, that world of sound, that beauty in darkness, works in the hands of Moreton.


See Yourself tackles a heavy but universal question, letting a new love witness your flaws for the first time, and asking if they'll stay by you. A bad habit, an addiction, a vice, or more specifically the battle with depression. "It's a common story, that our loved ones are the last to know when we're at our worst."