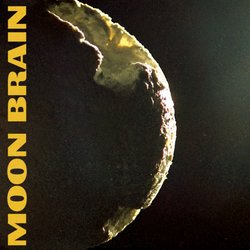 After touring the country for three years as the front man for indie stalwarts Nantes, David Rogers returns with his new project Moon Brain and a mini-album in tow.

Nantes released two EP’s and a debut album, which spawned the indie hits ‘Fly’, ‘Unsatisfy’ and ‘Drones’. In 2016 (with the band on a break), Rogers began work on Moon Brain – writing and recording with Simon Todkill at Sydney’s 301 Studios. Impressively, Rogers took on multiple roles as songwriter and co-producer, tracking all vocals and playing most of the instruments on all seven tracks. Long time friend Jonathan Boulet contributed drums to round out the recording.

The songs were then mixed in part by Todkill at Miloco Studios in London and Tony Doogan at Castle of Doom in Scotland.