Montaigne - A Cinematic Plea For An End - Internet Download 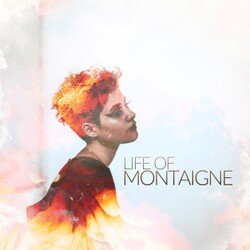 It’s hard to miss Montaigne these days, as she appears on stages around the country, touring with the likes of San Cisco and Megan Washington, in addition playing a show with fellow Unearthed High contender, Japanese Wallpaper. This April, Montaigne will tour the country for the third time on her very own headline tour, The Life Of Montaigne Tour. Amongst a host of other great reviews, Montaigne was named one of Vulture Magazine’s ‘Five Acts That Will Explode in 2015’, Tone Deaf’s ‘11 Most Talented Aussie Musicians Under 18’ and one of New York Examiner’s '7 artists to keep an eye on this summer’.


A Cinematic Plea For An End follows on from the success of her second single I’m A Fantastic Wreck, which ultimately led to her procuring the Next Big Thing Award at FBi Radio’s 2014 annual SMAC Awards.

Other tracks by Montaigne: I'm a Fantastic Wreck
%