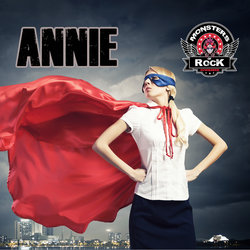 Aystralia's hottest rock show!
From the ashes of the Screaming Jets, Rose Tattoo and FacePlant comes the most awesome, most authentic Rock experience … Monsters of Rock Down Under.
Brothers in Rock, Screaming Jets heroes Craig ‘Rosie’ Rosevear and Grant Walmsley Freebird, responsible for some of Australia’s all time classic anthems form the nucleus of  this Rock n Roll Supergroup.
The Band…
Guitar hero Grant Walmsley Freebird, the founder of Oz Rock Legends The Screaming Jets,  is responsible for writing the soundtrack of Australia in the 90’s including the smash hit “Better”.
Craig ‘Rosie’ Rosevear, one of rock’s nicest guys and one of the greatest drummers Australia has ever produced.

The thunder from down under, Faceplant frontman on bass and killer vocals, the multi talented Paul Coxon.

The Jewel in the Crown of this OZ Rock Supergroup, Australia’s next first lady of rock is the super powered and super stunning Holly Wilson with her explosive voice and captivating presence.

These forces combine to form the Supergroup Monsters of Rock Down Under, smashing out their own hits and a mix of the most awesome Rock Classics


Classic Rock at its finest from truly authentic rock legends! ‘Annie’ is an anthem illustrating the journey to empowerment of a single mother escaping a dark relationship. Sometimes you just can’t stay with someone even if you do love them.