Monks of Mellonwah - Never Been Good 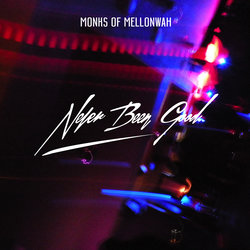 “one of the most impressive rock groups immersing the world of alternative music.” Kyle Jarmon, Examiner.com

Monks of Mellonwah (MOM) is a dynamic alternative rock quartet based in Sydney, who is quickly establishing themselves on the international rock and alternative music scene.

MOM completed a 3 month tour of the USA in 2014, supporting the likes of Scott Stapp (Creed) and Sevendust, MOM are returning to the USA in April 2015, to perform showcases at the highly acclaimed music conferences – Rock Summit and Musexpo which are both being held in LA.

MOM are currently in the studio, recording the follow-up to Turn The People, to be released mid 2015.

Other tracks by Monks of Mellonwah: Even When it Burns  -  Ghost Sotries (Kids on Bridges Remix)