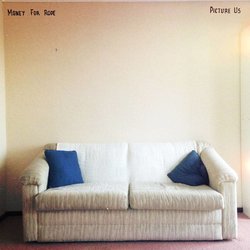 Money For Rope are releasing Picture Us off the back of a dogged touring habit which has kept them on the road near constantly for the last four years.

Entirely self-produced, mixed and mastered by the five piece - comprised of Jules McKenzie (guitars, vocals), Rick Parnaby (keyboards), Erik Scerba (drums), Chris Loftis (drums), Ted Dempsey (bass) - The album "Picture Us" was recorded over the course of one long hot Australian summer. With a pace that seldom eases across its lean 30-minute span, Picture Us is fused with the careering urgency of Money For Rope live shows and powered by a pummeling rhythm section including two drummers.

Whilst everything Money For Rope does is buoyed by a freewheeling ‘Why not?’ attitude - including a mini tour across India, and McKenzie honouring various live commitments following a motorbike crash by performing from a wheelchair - don’t be fooled by that derisive band name. Picture Us thrums with the promise of one of Australia’s most hard-working and charismatic bands.


"Look" was conceived on the Mediterranean, in a town called Alicante where it is claimed it is home to the world’s best horchata.