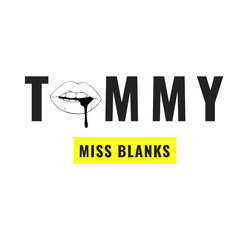 In just under 2 years, Miss Blanks has quickly established herself as one of the most important voices among the Australian music landscape. With fire music, style, and a stage presence like no other, she is blowing up the scene in a way that’s too loud for people to ignore.

Accumulating 1million+ streams and releasing explosive singles, she flexed hard and saw the industry clamber to celebrate this powerful musical force from Brisbane, Australia. Not only did industry heavyweights like Complex, i-D/Vice, Billboard, Rolling Stone, Redbull, and many more become fans, Miss Blanks inked a deal with Trench Records in 3 months post her debut, where things only continued to go from strength to strength.

Other accolades include supporting international acts like Channel Tres (US), Little Simz (UK), Le1f (US), Nadia Rose (UK), and more, as well as collaborating and supporting Charli XCX (UK) on a string of Australian east coast parties. Miss Blanks catalogue of work includes playing spots on prestigious festivals like Dark Mofo, Listen Out Festival, The Plot, Meredith Music Festival, Laneway Festival, and more, as well as pop up performances with Nina Las Vegas for Splendour In The Grass (2018).

'Tommy' is written & performed by Miss Blanks, and produced by Alice Ivy.