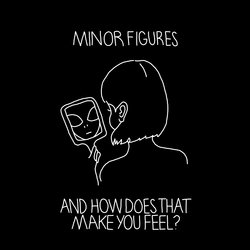 Singer guitarist Jarvis Thornley found himself writing several songs over years for a non-existent band. After playing together for years, he and his good friend and fellow guitarist Oscar Burdett discovered drummer Louis Shepherd and bassist Nick Thexton in their high school music ensemble.

The four Melbourne boys found themselves jamming covers with each other since early 2018, and formed the outfit halfway through that year, where Thornley’s songs were introduced and worked on further by the band.

As their musical connections with one another strengthened, they did not hesitate to record and release seven of those songs only months after being introduced. Hence, the arrival of their debut EP “And How Does That Make You Feel?”.

90% of what you hear on that record was written, recorded, produced, mixed, and mastered in Thornley’s bedroom. The guitars’ amps recorded through a cheap microphone surrounded by pillows. The vocals sung into a wardrobe with a sock over a badminton racket as a pop filter. The record is the definition of an independent recording, and that is what gives it it’s soul and vibe that is uncommon in commercial bands, and still manages to sound great.

Other tracks by Minor Figures: Alien In Hollywood
%