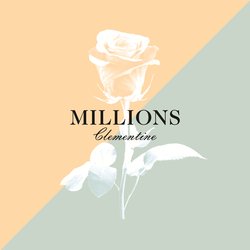 Since the double-whammy punch of Millions introductory 2012 EP's ‘Nine Lives, Six Degrees’ and ‘Cruel’, the band have been constantly writing and re-writing, jamming and tweaking the songs for their eagerly-awaited debut album ‘Max Relax’. The band decamped to London in late 2013 to craft the record they'd spent so long working towards and dreaming about. To get the album in shape, they enlisted UK legend Glenn Tilbrook (founder of 1980's Brit hitmakers Squeeze ("Cool For Cats, Pulling Mussels (From the Shell), Up The Junction") as producer. Glenn and the band spent six weeks tracking and mixing at his own 45RPM Studios in Greenwich. They also found time to sneak out of the studio for a few select UK gigs, including a support slot for Babyshambles. The band is now ready to take their most mature album to date to stages across Australia. They'll be hitting the road in September on a national run with labelmates Ball Park Music.


It’s got a really strong swing feel to the song, and Dom has a bit of a croon during the verses. It’s also the first single off the album.