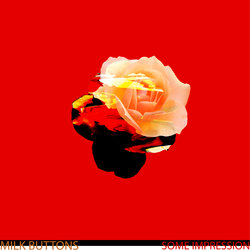 This split, Melbourne/ Brisbane-based duo that make up Milk Buttons have been making impressions since their debut in 2017 and this new single ’Some Impression’ (out November 2) raises the bar yet again.

It was just August that Milk Buttons released their first follow up single ‘Cosmic Garbage’ since the release of their highly-acclaimed debut EP which was released mid-2017. ‘Cosmic Garbage’ was an indie-rock, upbeat and explosive track that seemed to burst with euphoria.

Now, they contrast those exulting sentiments with the gloomy, psychedelic tones and mind-bending layering of melodies and rhythms - running from time signatures of 4/4, 7/4 and 7/8.

Milk Buttons will be closing out the year with this new single, alongside shows in Melbourne on the 3rd of December at Old Bar and in Brisbane on the 15th of December at Betty’s Espresso.


In their alt/ psych-rock way, ‘Some Impression’ makes the simple seem technical and the technical seem simple with their head spinning riff on repeat. Milk Buttons meld together thrashing drums and big riffs with the dulcet yet pensive vocals of Cameron Bower in the sparse verses that follow the guitar lines harmoniously.