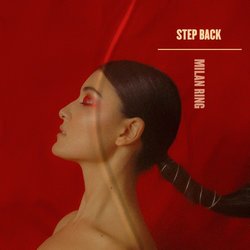 The concepts of duality (Ying & Yang), spirituality and personal evolution are a constant source of inspiration to Milan’s artistry, as is the influence of her environment. From the sparkling city of Angels to humble Australian outback bedroom beats, her music is a rendezvous between polarities, laced with spiced Caribbean rhythms.

A singer, rapper, guitarist, producer, mix & mastering engineer, Milan directs each and every aspect of the creative process, from the first chord struck on the guitar to the final master.

The last couple years has seen her in the studio with artists such as DRAM, The Social Experiment (aka Chance The Rapper's band), and Cosmo's Midnight. This year has cemented Milan Ring's place as an artist to watch - being hand picked by triple j unearthed to represent them at APRA AMCOS' 50 Songs in 5 Days writing camp, touring as the national support for Masego and Hermitude, and set for a string of festival appearances over Summer at Panama Festival, Pitch Music & Arts, and Grampians.

Bringing together her contrasting influences to share a sound that is distinctly her own, Milan Ring is one to watch.


'Step Back' is Milan Ring's first release in 2019. As usual, she has near singlehandedly crafted it herself - acting as the singer, rapper, guitarist, producer & mixing engineer. The single release coincides with the announcement of her debut national AUS tour, and follows on from 'Green Light' (Nov 2018), added to full rotation on triple j.