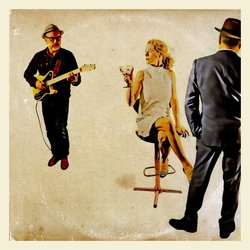 
A deep dark country tune influenced by the big sounds of Lee Hazlewood and Sergio Leone. Features a cracking guitar solo exchange by Mike Goodwin and Troy Brenningmeyer AKA "Troy from Illinois".

Other tracks by Mike Goodwin: I'll Be Gone  -  Tenderly