Mijo - You've Got Your Life 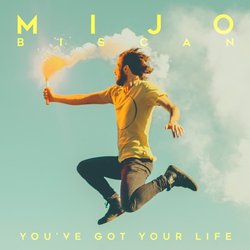 Melbourne musician Mijo Biscan is a songwriter willing to go the extra mile for his craft. Eager to push the concept of solitude as a pathway to inspiration, Mijo travelled to Iceland where he stayed alone in a remote weatherboard cabin, surrounded by mountains and a breathtaking fjord. “It was dead quiet. Shockingly quiet”, he says. “In the midst of the silence, the only thing I could hear were my innermost thoughts waiting to manifest into new songs.” Mijo’s month-long songwriting retreat formed the genesis for a creative shift. It was the crucial starting point for his latest record Golden Moment.

Already an established and respected artist for over a decade, Mijo has enjoyed a rewarding career as the co-creator of the critically acclaimed band Lamplight and as a solo artist. Beat Magazine praised his work as “Moody, heartbreaking, stunning, fucking epic”. As a solo artist, Mijo toured 13 countries of Europe and featured as a support act to Goyte, Missy Higgins, Clare Bowditch and Tommy Emmanuel, both in Australia and abroad.


This song charts a sombre journey of facing the harshest reality of all, our mortality, through to the sudden enlivening realisation that we are here, now, alive, but certainly not forever. Life is precious. Life is precarious. There is a chasm between being merely alive, and fully living a life. This song implores you to seek the latter.