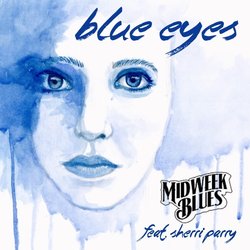 Midweek Blues is 5 guys that started off jamming on a Wednesday night to overcome the Midweek Blues.

The 2014 Bendigo Blues and Roots Festival gave the guys a taste of live performance and since then they have been busy writing their own songs and establishing themselves as regulars on the local live music scene.

From modern takes on blues classics to blues based rock, Midweek Blues have an original sound described by some as 'hard blues'. Their 2017 debut album Last Days Of May proved popular with community radio throughout Australia resulting in song The Man Who Has It All reaching #5 on the Amrap Regional Chart.

The band returned to the studio in July 2019 to record Blue Eyes featuring well known local singer Sherri Parry on duel vocals with Mick Sheahan. Recorded, mixed and mastered at Ladd Studios in Bendigo, Blue Eyes is a song that sticks with you for days after the first listen, calling you back time and again.