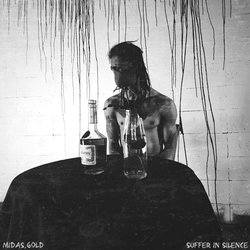 Twelve months on from being named by HighSnobiety as one of '12 Australia hip-hop artists you need to know' Midas.Gold has gone from strength to strength.

The Brisbane based artist who originates from the West Coast of the United States has been on fire in 2018 on fire having hit the Spotify viral charts, scored regular airplay on Triple J and appeared at a run of major festivals including Groovin The Moo, Jumanji & Snowtunes.


The second instalment in a three part narrative currently being unveiled, Suffer In Silence is available on RUOK?Day, drawing attention to mental health, suicide prevention and the vulnerability of a young black man struggling with violence. Produced by ARIA Gold winning producer James Angus the song is meditative, emotional and climactic, continuing to shine light on the versatility of Midas.Gold.