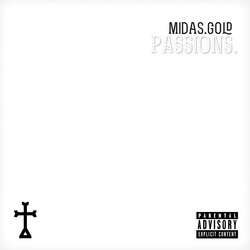 Since the release of his breakout debut single 000000 in late 2015, Midas.Gold has continued to shatter stereotypes and redefine what hip-hop in Australia looks and sounds like.

Born on the west coast of the United States with strong family ties in South Central LA, the Brisbane based artist is unrivalled when it comes breaking the mould - brash, unapologetic, outspoken and unmistakably Midas.

Whether it's booming trap anthems, catchy dance tracks or slow introspective RNB, Midas.Gold is able to continually evolve, showing a diversity and sonic maturity beyond his years.

Having scored slots alongside iconic hip-hop names including Lil Wayne , Metro Boomin, Wale & Danny Brown, as well as being hand picked by Tkay Maidza for her premiere national tour – all signs point towards Midas' career being on a strong trajectory of global superstardom.


A total change of pace from his recent venture into sombre R&B, "Passions." presents a globally accessible and current sound, containing elements of UK Garage and Drum & Bass from Gold ARIA certified producer James Angus, while Midas raps in a frenetic pace about how his soul burns with a "passion like Christ."