Micks - Catch Me If I Fall 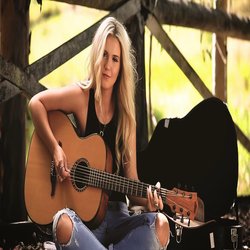 Beginning her music career in late 2014, Micks’ debut single, ‘Time to Grow’ has been well received alongside her singles ‘What’s It Gonna Take’, ‘Fade Away’ and ‘New Life’. Her single ‘Time to Grow’, was selected to feature as part of a compilation album, ‘The Sounds Of Summer’, on Amazon Music in the United States, as well as charting high on InMusik with second single, ‘What’s It Gonna Take’. Micks’ releases ‘Time to Grow’, ‘Fade Away’ and ‘New Life’ have been extensively played on Radio Stations in Argentina, Brazil and Italy to name a few.

‘New Life’, Micks’ most successful release to date, was released in support of the White Ribbon Foundation, pledging to donate 50% of all revenue generated by music sales, already donating a sizeable sum to the Australian
charity.

Micks, is set to release her new single "Catch Me If I Fall", in late March 2016. She is currently studying a Bachelor of Communications and Popular Music at the University of Queensland, while continuously writing and recording new original material.


"Catch Me If I Fall", is Micks' fifth official single. Combining classic country characteristics with her unique pop flavour, Micks delivers a story based on the musical relationship she shares with her father; former 80's rock drummer.