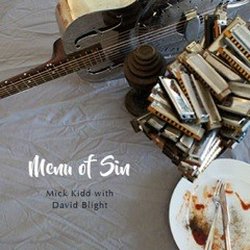 
Acoustic blues with a little bit of swing/groove!

Other tracks by Mick Kidd with David Blight: Menu of Sin  -  Miss Beehavin'
%