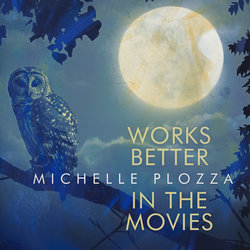 Michelle Plozza is a natural born storyteller, who can immerse you in her lyrics. Her charismatic onstage presence and powerhouse vocals have won her fans across Australia. Touring regional areas extensively in the past four years, Michelle has been collecting fodder for her newest release, ‘Stones’

She kicked off 2017 singing to thousands as a Grand Finalist in the prestigious Toyota Star Maker competition at the Tamworth Country Music Festival. After the success of her debut EP which produced two top 40 Country Radio Singles, Michelle teamed up again with ARIA & Golden Guitar award winning producer, Matt Fell to work on her latest offering, ‘Stones’.

Her debut Album, released at #4 on the iTunes Country Albums charts in October 2017. “Stones” features the Kevin Bennett co-write “Picture on the Wall” which received high praise at the 2017 Queensland Music Awards. The lead single ‘Works Better in the Movies’ wowed the crowd at the Star Maker Grand Final.

Evolving as an artist, fans can look forward to a new more Alt-country style, letting her voice and illustrative lyrics take center stage.


‘Works Better in the Movies’ debuting at #22 on the iTunes Country Singles charts is an outlaw country style song that bursts all bubbles about fairytale endings, love works better in the movies, because life is good in Hollywood, no matter where you are.