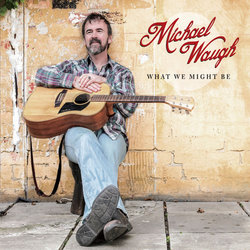 Michael Waugh gives a profound new voice to the Australian experience. Compared to the honesty and power of Australian folk and country legends, Mick Thomas, Paul Kelly and John Williamson, he is uniquely Australian and genuine – the real deal.

His songs about growing up on an East Gippsland dairy farm and working and living as a dad in Melbourne are gut-wrenchingly honest, emotionally brave and compellingly beautiful. Audiences laugh, cry and sing along - they recognise their own lives in the music.

Released February 2016, "What We Might Be" his debut album was produced by Shane Nicholson has been well received.

"Michael Waugh might well take a cue from the cadence of classic American country and western music, but his songs reverberate with reminiscences from rural Victoria sung in an accent as broad as the Murray-Darling Basin. In What We Might Be, pearls of wisdom from the pen of the dairy farmer’s son from East Gippsland get big city polish from producer Shane Nicholson. Nicholson’s impeccable sound engineering and exquisite touches put the emphasis on Waugh’s descriptive storytelling, compelling the listener to focus on every word."


Hayfield Girl is a song written about the love his father has for his mother and the other amazing women of the East Gippsland town Heyfield.