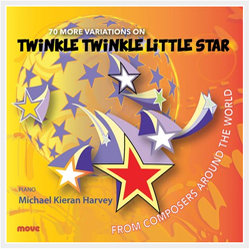 
This variation, composed by Richard Pressley, is meant to convey the shimmering of the star in the night sky, along with its penumbra (halo) of light and the ambience of space around it.