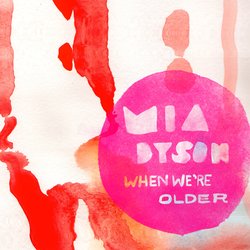 Mia Dyson is a self-managed independent artist from Melbourne, based in Los Angeles. She has released 4 critically-acclaimed albums, toured the world and opened for Stevie Nicks, Eric Clapton, Bonnie Raitt & Joe Cocker. All 4 albums were nominated for ARIAs including 'Best Female Artist'. Her second album 'Parking Lots' won the ARIA for 'Best Blues and Roots album'. After much time spent touring the States, Mia settled down to make her fourth album in early 2012. 'The Moment' was released to critical acclaim and multiple award nominations including ARIA, AIR and APRA.


Focusing its attention prominently on the grey-area between youth and adulthood, Idyllwild follows on from Dyson’s acclaimed album “The Moment” which led to an ARIA nomination and complete reinvention of her career.

Other tracks by Mia Dyson: When We're Older