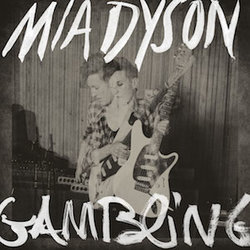 Mia Dyson is an award-winning guitarist and singer/songwriter who has toured with the likes of Eric Clapton, Bonnie Raitt and many more. A multiple ARIA & APRA award-winning artist, Dyson was recently named one of Australia’s top 25 guitarists of all time.

Her albums have been widely praised. “The Moment” received ★★★★ (4 stars) in Rolling Stone Australia while “Idyllwild” was hailed as "Brilliant" by Daytrotter debuted in the CMJ top 100 in the US, and scored a win as Double J Radio's “Artist of the Year” in Australia.

In January of 2017, Mia headed to legendary music mecca Muscle Shoals, AL to record a new album with Ben Tanner (Alabama Shakes, St Paul & The Broken Bones) behind the controls. Joined in the studio by longtime drummer Erin "Syd" Sidney, original 'Swamper,' David Hood, on bass and John Paul White (The Civil Wars) on background vocals, the album will be released in the fourth quarter of 2017.


Award winning Australian singer-songwriter Mia Dyson is thrilled to unveil her new single, Gambling and announce an Australian headline tour in support of the new track with a string of dates around the country. Gambling is the first taste of her brand new album, due out early 2018.