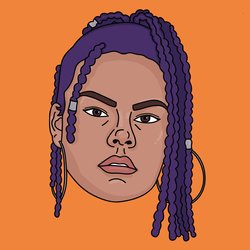 R&B Soul artist, Mi-kaisha, grew up on the streets of Sydney’s music scene. The soundtrack of her childhood included soulful tunes from the 90s and island tunes from her father’s Koori Radio Hip-Hop show ‘Island Hopping’.

She describes herself as a ‘city girl through and through’ and represents a beautifully melted dichotomy of sweet and deadly. Her voice is phenomenally soulful and sugary, and yet her lyrics represent hard-hitting often political messages about being a young black woman in urban Australia. She draws inspiration from her idols Lauryn Hill and the strong women in her community.

Don’t let her street swag misguide you. This girl is polished. She’s an accomplished musician and uncompromising social justice advocate.

Having just released her first EP, Mi-kaisha is preparing to take on the streets of New York City’s Manhattan music scene.


Tell Me Why takes listeners on a journey of what it is like being a young Indigenous Tongan woman in Australia. Mi-kaisha always found that people expected less of her or had preconceived ideas about what she was capable of. Tell Me Why is an anthem for all the young-people who were seen as less than what they're capable of.