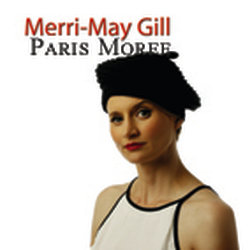 Merri-May Gill’s astonishing past accolades include 5 star reviews and sell-out seasons at the Edinburgh Fringe, evoking quotes from the press such as “Merri-May Gill is a consummate performer, captivating, incredibly gifted, possibly insane, a joy to watch. There sure aren't many around like her” (The Scotsman, UK) and “Amazing voice and a great guitarist” (The Guardian, UK).

Merri-May Gill has toured numerous times through the UK, NZ, USA, Canada and Czech Republic, has released four albums and an EP, and played very extensively throughout Australia since 1998.

Merri-May Gill's latest album and show: 'Paris Moree', features her hilarious new songs, with a theme of morphing Moree into Australia's cultural capital by turning it into Paris. With a split stylistic personality of cabaret jazz vs country, Paris Moree is a disc you can put on over dinner, though it may have your guests double-taking if they listen to lyrics.


Good Dog is about a dog named trouble, a woman having trouble finding a nice bloke, plus car trouble. With a very catchy chorus and good driving verses, this is a great country song, which also features "Merri-May's sparkling wit" (Robert Dunstan, Rip It Up Magazine).

Other tracks by Merri-May Gill: Round and Round  -  Home Brew
%