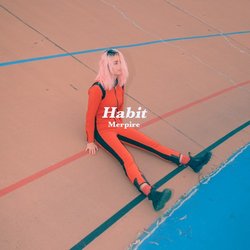 Nestling into her new Melbourne home, the past 12 months have seen Merpire release her debut EP Endless Chatter and play a slew of noteworthy live shows including a sold-out EP launch at The Gasometer Hotel. She has supported the likes of Angie McMahon, Olympia, Phantastic Ferniture, Oh Pep! and more, and recentlyplayed her biggest run of shows to date supporting Didirri on his National tour.

The striking young artist conjures magical moments of danceable introspection both in the studio and on stage. Backed by an impressive and predominantly female line- up, a live show is a playful tease between intimate pop ballads and fully immersive indie-rock arrangements. Such a powerful and versatile live presence has already seen Merpire perform standout sets at BIGSOUND, New Year’s Evie and more, and has earned the young artist a run of upcoming appearances at coveted music festivals: By The Meadow, A Festival Called PANAMA and Brunswick Music Festival in 2019


A city is a fascinating backdrop for a song. Adelaide has eighteen songs written about it (including the obvious ones by Paul Kelly & Ben Folds) and now Melbourne has another, thanks to Merpire. 'Habit' is a stunning ode to the city and community that helped her break the bad habit of not believing in herself as an artist.