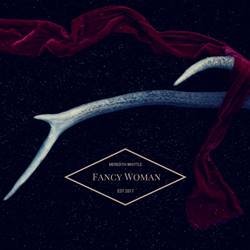 Perth based, Victorian born singer songwriter Meredith Whittle is known as a vocal powerhouse.
Meredith's debut E.P. Wild Child and following releases, Coming For You, Nice Shoes and To You, has put the artist on the map and one to watch.
With her Indie, Blues, Rock sounds; Meredith Whittle has spent the better part of the last few years touring the country.
Her charity work with Suicide Prevention, Anti Bullying campaigns and Childrens Cancer Awareness plays a big part of who she is.
The latest release Fancy Woman, is a story of a young woman being stalked on her way home from a night out with friends.
The inspiration of this came from a well known personality who was murdered in Melbournes outer suburbs.
It hit home with the artist, as she was on the same street around the same time and it could have been her.
Meredith Whittle is currently on tour throughout Australia, look out Victoria, she is heading home to the iconic Whole Lotta Love in Melbourne, Babushka Bar in Ballarat and Billy Roy's Blues Bar in Bendigo after opening the tour in Fremantle WA.


Fancy Woman is a story of a woman being followed.
It's a typical night for many women in Australia. The creepy guy watching you all night, the fear as you know you are now alone, the adrenalin that makes you run......