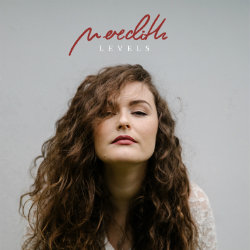 Brisbane artist Meredith creates music that is effortless and free flowing and that is as utterly enthralling as the singer’s warm aura. Yet it still remains impossible to pigeon hole, taking cues from a vast range of influences.
Meredith’s 2014 single ‘Jumpin’ Beds’ and the rapturous way it was received by musical solidified the path forward for this talented songstress.
Those hungry for another dose of Meredith’s lo-fi loveliness rejoice as the singer has big plans for the last quarter of the year.
The scope of Meredith’s music is not something to be understated. Listening to previous single, ‘Jumpin Beds’ it would be easy to class her music as the same brand of pop similar to the likes of Lorde, East and Montaigne. Listen closer, however, and you will hear Meredith’s masterful fusion of lo-fi indie pop production and folk influenced lyricism.
The near future holds all sorts of wonders for Meredith with upcoming singles, an EP and a tour announcement, all before the calendars turn over to 2016.
Unpredictable yet consistently enthralling, Meredith is a hugely talented singer/songwriter and one of the alternative pop world’s most enthralling new muses.


Meredith's velvety vocals immediately draw you in to this atmospheric dreamscape. The lyrics ponder 'How to make sense of this' as her voice weaves and swaggers effortlessly through this lush, meandering track.