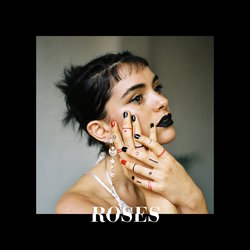 Memphis LK is a Melbourne/Narrm based artist, producer, vocalist and DJ.

Now a welcome addition to the Dot Dash roster, the new single reveals a further metamorphosis for the self-sufficient songwriter and producer since her introduction with 'Speak Honestly'. Her newly cherished creative independence has been a journey of renewal and rebirth. Memphis looks back on the cathartic process as “clearing things that don’t serve you anymore, so you can step into the new phase - the best version of yourself”.

The first in a series of singles, ‘Roses’ blossoms Memphis LK into a promising Spring 2019/Summer 2020. To celebrate, Memphis LK will play single shows in Melbourne on 1st November at Colour, and Sydney on 6th December at Freda's.


Spirited bass-pop that blooms from a bed of dystopian electro, the new single is an empowering antidote to Australia’s prevalent tall poppy syndrome. ‘Roses’ optimistically imagines a world where we share and celebrate each other’s successes rather than drag one and another down. “We’d all just grow so much taller and brighter and stronger and shinier together,” Memphis adds.