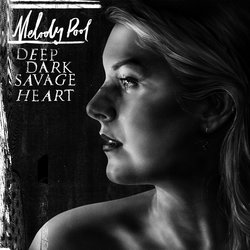 Melody Pool's new album Deep Dark Savage Heart (out 29 April) follows Melody’s debut, 2013’s The Hurting Scene. The Australian declared it Album of the Year, with Iain Shedden calling it “one of the most accomplished debuts by an Australian singer-songwriter for many years”. Herald Sun’s Cameron Adams described Melody’s music as “beautiful and passionate but not dumbed-down for easy digestion”, while Rolling Stone listed it as one of the 50 best albums of 2013, stating, “Pool’s voice is sublime, her lyrics propelled by heartache”.

After the success of The Hurting Scene, Melody moved to Melbourne from Kurri Kurri NSW, her first time living away from home. She also toured with The Milk Carton Kids through Europe and performed two massive shows supporting the Eagles, before returning to Nashville to make Deep Dark Savage Heart with producer Brad Jones, an American who has worked with several Australian artists including Ben Lee and Missy Higgins. “Brad’s like a nutty professor in the studio,” Melody smiles. “He’s always up for trying new things.”


‘City Lights’ is a song about confronting personal demons. The singer-songwriter, from Kurri Kurri in NSW, wrote the song in Melbourne. “I was wandering under city lights, hoping I’d come alive, hoping that the city would wake me up,” Melody reveals.

Other tracks by Melody Pool: Love, She Loves Me  -  Black Dog
%